Its first sale will be on Flipkart and official Realme channels on September 23. Realme says that customers will be given sale offers of up to Rs 7,000 on the phone, after which the initial effective price of the phone can be up to Rs 22,999.

In terms of design, the Realme GT Neo 3T looks similar to the GT Neo 3, but the rear camera module has been slightly modified.

This smartphone comes with Qualcomm Snapdragon 870 5G chipset, in which you have been given up to 8GB of RAM and 256GB of storage. Realme claims that the smartphone has an 8-layer heat dissipation structure.

Talking about the camera, you have been given a triple rear camera system in this phone, in which you get a 64-megapixel primary camera, 8-megapixel and 2-megapixel tertiary sensor.

Along with this, this phone also has a 16-megapixel front camera. Apart from this, the camera app of the phone comes with modes like Super Nightscape Mode and Street Photography Mode.

In Realme GT Neo 3T, you have been given a 5,000mAh battery with 80W fast charging. Realme claims that the phone can be charged up to 50 percent in 12 minutes. 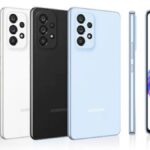